BEHIND THE PAPER WITH BRIAN NAIRIN

The Pretrial Justice Institute Finally Admits that Public Sector FREE Pretrial Release and Supervision are Too Costly…Their Solution, FREE Release with No Supervision.

In my many years of defending the commercial bail industry from public sector advocates, I have seen it all. I have seen these advocates lie about their programs’ effectiveness, draw sketchy conclusions from statistically irrelevant research (that of course they conducted themselves) and perpetuate false narratives to misinform the public about the so called “evils” of the commercial bail industry, or as they refer to it, “money bail.” Even with all that, I would be lying if I said I wasn’t shocked and confused when I read the most recent article published by the Pretrial Justice Institute’s guest blogger, Charlotte McPherson. In this July 19th blog entitled “Pretrial Supervision, Like Detention, Should Be Carefully Limited.” Ms. McPherson made the following comment:

“Jailing people accused of crimes can be a costly endeavor, but so can releasing them and placing them on supervision. For example, drug testing and electronic monitoring are not cheap, nor is the pretrial officer’s time that is required to monitor compliance for these and other pieces of supervision. With tightening budgets for pretrial programs, defendants are increasingly required to cover the cost of their own drug testing, electronic monitoring, and other forms of supervision that may accompany release. In some cases, the cost of money bail would have been cheaper for the defendant than the cost of their supervision in the long term.”

Now think about this for a moment. Ms. McPherson is saying that the cost of releasing defendants through a public sector pretrial program is too high and supervising them is proving to be too difficult. If I am not mistaken, isn’t that what the commercial bail industry has been saying about public sector pretrial release for decades…that it doesn’t save money. Not only have we been saying it, we have shared third party research study after research study that shows that public sector programs do not save counties money, but rather cost them potentially millions. 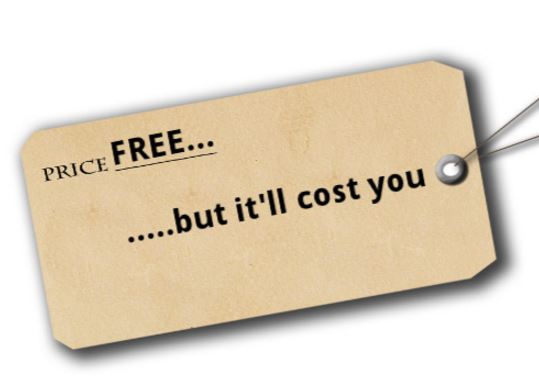 Just look at New Jersey. The argument made by those that support public sector pretrial was that their programs are capable of supervising defendants just as effectively as commercial bail and saving the county money because the person is no longer taking up jail space. Unfortunately, every study done has shown both of these statements to be wrong. Pretrial programs are not effective in supervising defendants. Studies show that defendants fail to appear for court much more often when supervised by a public sector pretrial program. Also, pretrial programs do not save money, but instead create a costly new layer of bureaucracy in an already cash strapped criminal justice system. In the New Jersey pretrial discussions, a Towson State Professor of Economics, testified that a pretrial program in New Jersey could cost the state upwards of $500 million a year. Regardless of this insightful research and expert opinion, New Jersey moved forward anyway and passed legislation to create pretrial programs across the state.

The unfortunate result is that New Jersey now needs to come up with more money (as predicted) to fund these so called “money saving programs.” And just for the record, and because I like to point out the obvious, commercial bail just continues to play its important role in the criminal justice system costing the people of New Jersey $0 and effectively supervising defendants and getting them to court.

The other aspect of this quote from Ms. McPherson that is shocking to me is the idea that she seems to think that supervision of defendants who are released via pretrial needs to be minimized. Are you serious? Letting defendants out for free and supervising them with taxpayer funded pretrial programs is one thing, but letting defendants out for free and not supervising them at all is both myopic and dangerous. If public sector pretrial programs are less effective than commercial bail when they actually try and supervise defendants, than how in the world are they going to be more effective when you don’t supervise them at all?

Public sector pretrial advocates are so driven to eliminate commercial bail that they are willing to let as many people out of jail as quickly and as irresponsibly as possible so that they can ensure their existence. Unfortunately in the process they undermine the validity of the criminal justice system in the process and put the public in danger for the purposes of achieving their own agenda.

It seems to me that those that support public sector pretrial programs don’t understand the purpose of pretrial release in the first place. It is not about release. It has never been about release. Yes a person is released from jail as part of the process, but the only reason you release them is based on a promise and a guarantee that they will appear at ALL court appearances. They best way to ensure that appearance is by financially tying that defendant and their loved ones to that release, and supervising them while they are out. You remove either of those elements and you will have a less effective mechanism for ensuring appearance. We have been saying this for decades and the research has proven this for decades.

The private sector/public sector pretrial debate has been going on for over 50 years and I don’t expect it to end any time soon. I do give the Pretrial Justice Institute credit though for coming out and admitting that “FREE” supervision is costly and ineffective. But even with that admission, which I don’t think they even fully understand the ramifications of, I do not expect them to change their goals or mission anytime soon.

What I do expect with certainty is that the public sector pretrial community will continue to shift and change their approach and narrative to attack the commercial bail industry. It is like throwing spaghetti on a wall and seeing what sticks. Unfortunately for the public sector pretrial community, their ideas are undercooked and not ready to serve to the public for free, despite their claims otherwise. They throw FREE release and supervision against the wall and now they find out it is too expensive. They throw risk assessments against the wall and now they find out that they are racially biased. They throw electronic monitoring against the wall and now they find out that it might be violating a defendant’s civil rights. And of course, the latest string of spaghetti they are throwing against the wall is the constitutionality of bail. In fact, they haven’t just thrown one strand of spaghetti but have thrown a whole handful of strands across the country. The question of whether they stick or not is still out there, but if history tells us something, the primary goal of these public sector pretrial advocates isn’t public safety or improving the effectiveness of the system. It is to completely eliminate the private sector commercial bail industry at any cost. They attack us like they have some personal vendetta against our industry, and care less about how effective we are at doing it. It really goes beyond common sense.

Meanwhile, in the face of all this craziness, the commercial bail industry will continue to do what it does. And that is ensuring that the criminal justice system has a chance to work; ensuring that defendants show up for court; and ensuring that victims get a chance at justice. After all, isn’t that what the pretrial release concept is all about in the first place?